Go to the Grondin souvenir plaque erected on the site in 1999. The monument is located at the entrance, next to the welcome sign.

Get directions to your destination
Google Maps Route

Additional directions
Backtrack to Route 132 and turn right. Continue for 8.6 km. Turn right at the Sanctuary of Notre-Dame-de-Fatima, 850 m after the intersection with 2e Rue Guimond, on Route 132 in La Pocatière. This sanctuary is closed in winter. 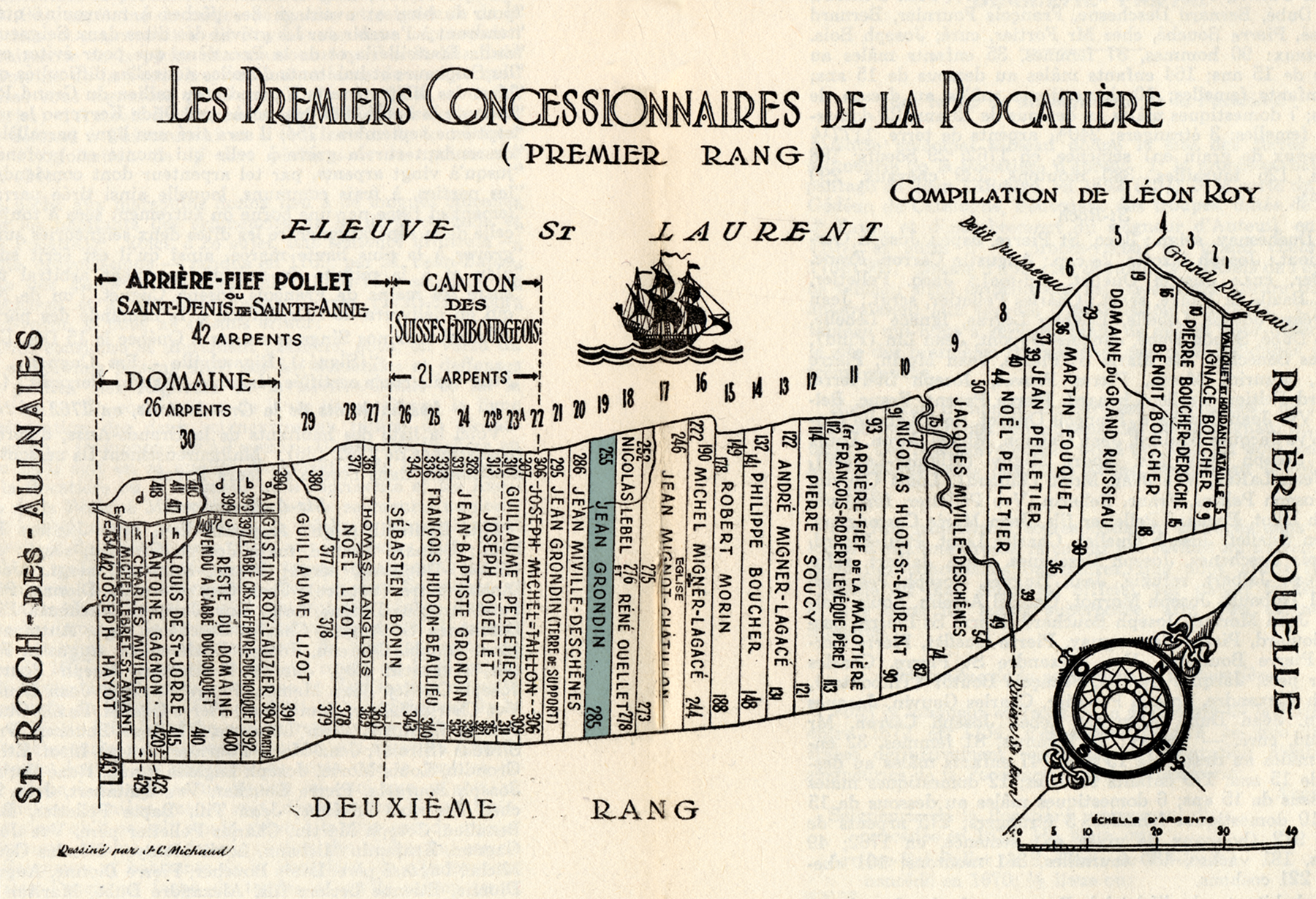 Here lies the very first land that belonged to the Grondin family east of Quebec City. Pioneer Jean Grondin and his spouse Sainte Mignault were among the first to settle in this part of the seigniory of La Pocatière.

Between 1675 and 1680, a first group of settlers came on the land of Marie-Anne Juchereau, who owned, at the time, the entire seigniory of La Pocatière. The first to settle there were: Noël Pelletier, son of Jean and husband of Madeleine Mignault, Anne Pelletier, daughter of Jean and wife of Guillaume Lizotte, Nicolas Lebel, husband of Thérèse Mignault, Jean Grondin, husband of Sainte Mignault, Jean Mignault, husband of Louise Cloutier and father of Madeleine, Thérèse and Sainte, René Ouellet (who married widow Thérèse Mignaut) and Jacques Miville-Deschênes (husband of Catherine Baillon). The family ties between the members of these founding families have contributed to the creation of an important network of mutual assistance.

It is very difficult to pinpoint the location of a plot attributed at the beginning of the colony, but some maps compiled by historians allowed us to locate these first parcels approximately. Thus, we know that Jean Grondin’s property was close to the southwest border of Nicolas Lebel and Thérèse Mignault's property (then of René Ouellet), on which you are currently standing. Depending on the time and context, the toponymy “Grande-Anse” referred to different territories. Until 1715, the corresponding site extended for about 15 kilometres between Saint-Roch-des-Aulnaies’s headlands and those of the Ouelle River.

The registers of the parish of Sainte-Anne-de-la-Pocatière were created in 1715, and the first act to be registered was the baptism of Marie-Anne Grondin, daughter of Bastien and Marie-Anne Pinel, dated February 8th, 1715.

Did you enjoy the experience?